After finishing up touring around Hilo, Mauna Kea Volcano, and the Saddle Rd areas we decided to head south towards Volcanoes National Park and the southern tip of the island. Once again as we were leaving our jungle cabin we came across more Mongoose.
Our first stop of the day was at the "Star of the Sea" church, also known as the painted church. 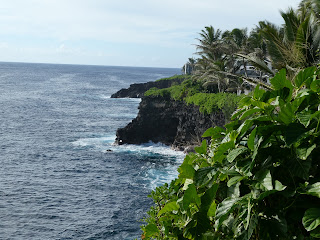 After breakfast, we arrived at Volcanoes Nat'l Park. We visited here way back in 1974 and of course, nothing looked familiar. 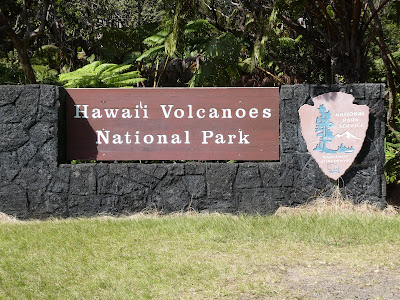 Even with all the lava rock around plants keep on growing. 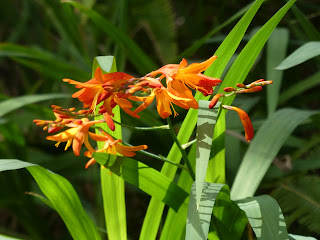 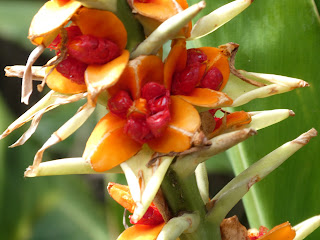 Driving along Crater Rim Drive we stopped to view many other craters and lava flows. The National Park starts at 3500' elevation but as you drive along Crater Rim Dr the elevation eventually brings you back to sea level. As we reached the ocean we walked to the overlook and saw the "Sea Arch".

After finishing up at the National Park we cruised further south along the eastern coast. The rest of the journey south was mostly sightseeing, not birding. We stopped at the most southern bakery in the United States. 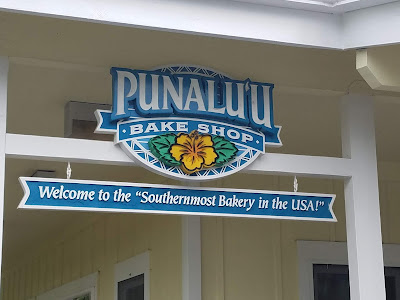 We noticed these signs at many locations along the coast. 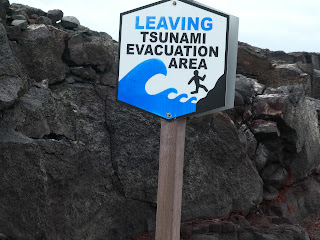 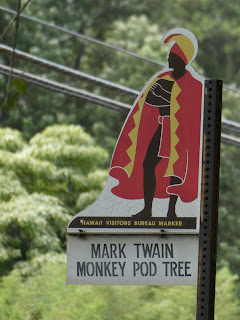 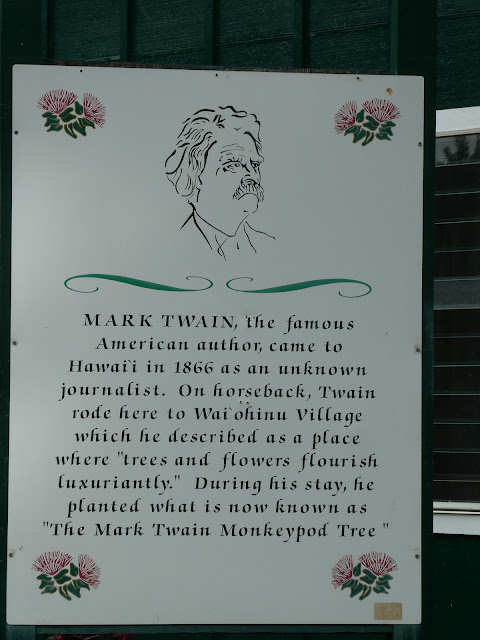 Rounding the southern tip of Hawaii we directed ourselves north, up the west coast. We stopped at one more spot to look for birds, the Manuka Natural Area Reserve. Here, we were able to find another pair of Apapane. 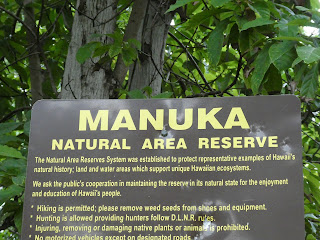 After departing the park we did an about-face and started heading back to our AirBnB. Tomorrow we will pick up Chris and his family at the Hilo airport and embark on new adventures.