I thought I would send out a few photos of the many varieties of mammals that we have experienced recently in Colorado. On our first full day in Colorado we traveled north to the Rocky Mountain Arsenal NWR. It's a 15,000 acre expanse of short and mixed grass prairies located northeast of Denver. This area used to belong to the military and was used for storage of ammunition then converted to a wildlife refuge.

One day we took the train to downtown Denver and found these creatures. 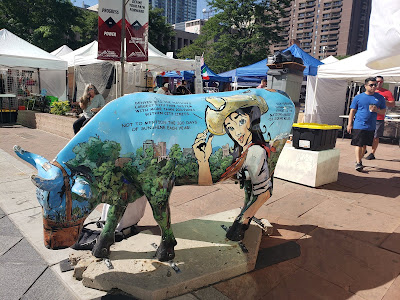 During the heat of the afternoon we would go to the rec center to play soccer and swim. I took this photo an artist redition of a pair of Pronghorn Antelope which I hope to try a duplicate in acrylics when I get home. 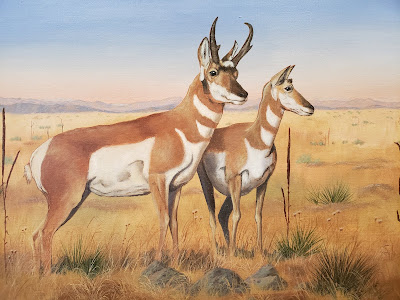 Another day we visited Mt Evans, which is the highest road in all of the United States, reaching an altitude of 14,260' above sea level. Talk about having a hard time breathing, but it was worth it for the great wildlife. 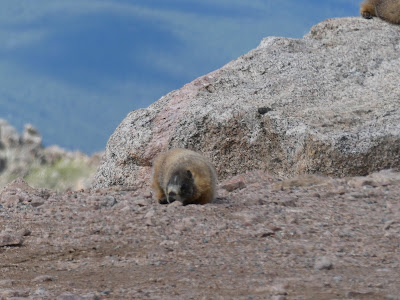 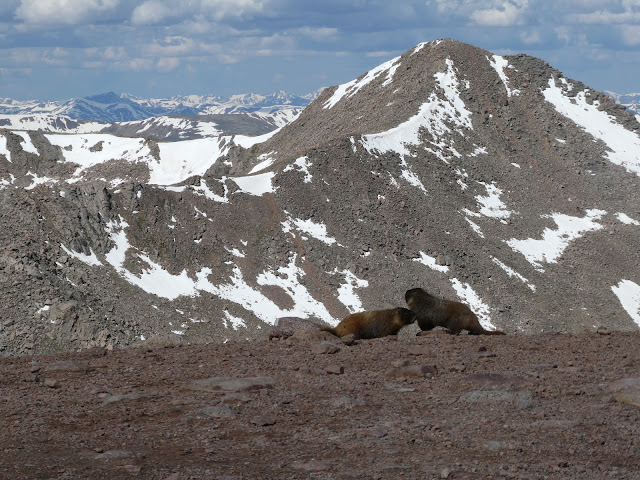 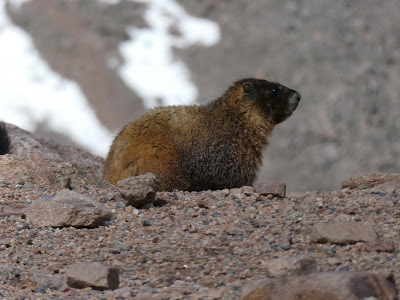 Around the summit we also found two Bighorn Sheep which were shedding their winter coats. They looked very scruffy. 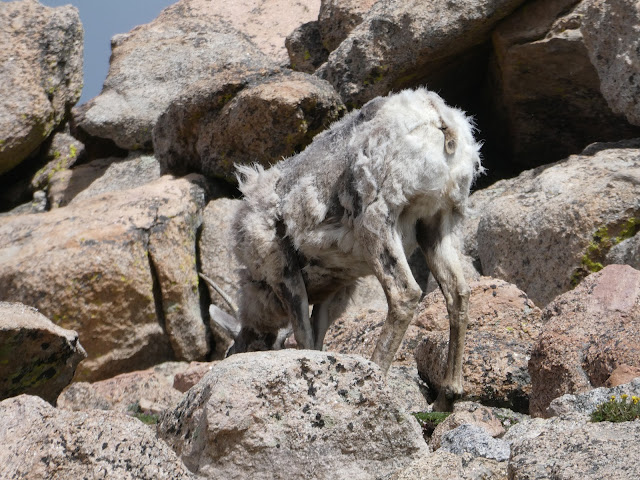 I was surprised that we were able to find Mountain Goats here. I knew they liked high altitudes but I didn't realize they were found this far south of Montana, which is where we first saw them years ago. 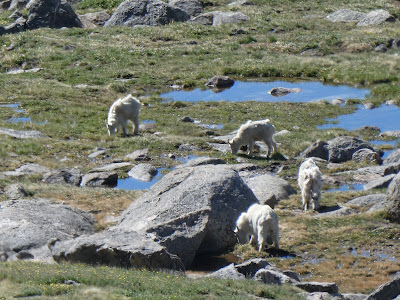