Glenolden CBC area 3 – an Industrial Wasteland or a Gem in the Rough? 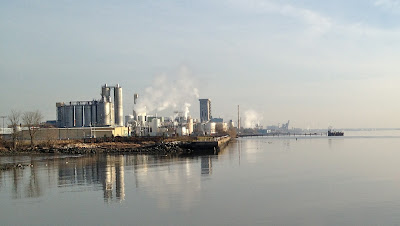 Glenolden CBC area #3 extends along the Delaware River from the Philadelphia Airport south to Marcus Hook.  The area extends west from the riverfront only a few miles and the eastern boundary actually lies in Gloucester Co., NJ.  There has been a long-standing agreement with the NW Gloucester Co., NJ CBC that we can count all birds seen on the New Jersey riverfront.  My guess is that 85-90% of the count area is comprised of some type of industry including a major international airport, a busy east coast shipping lane, a large power plant, two refineries, a main interstate highway that connects Maine to Florida, two railroad lines and a soccer stadium. What is not industry, is made up of clustered row homes, abandon homes, two cemeteries and a three block long junkyard full of cars and car parts.  Oh, did I mention that there is also a Super Fund site within the count area? 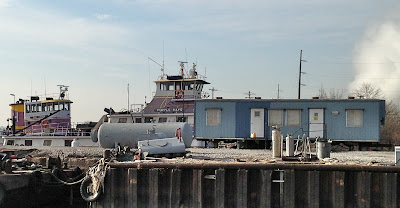 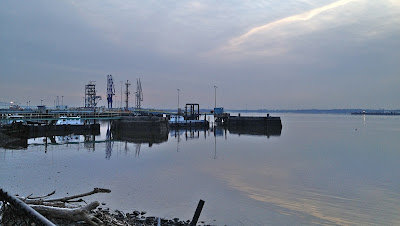 To make birding a bit more challenging, this 85-90% is private property or posted as off limits for national security reasons. The area is  readily equipped with remote cameras, roving security guards, police and probably water-boarding if we would make a false move.  Despite these obstacles, this area has turned out several outstanding species in prior counts including Common Loon, Long-tailed Duck, Surf Scoter, American Woodcock, Wild Turkey, Blue-gray Gnatcatcher, Orange-crowned, Pine and Nashville Warblers and Common Redpoll.  This area produces first-class species because the 10-15% of non-industrial space contains a large river with several good access points and a small but productive public park.

The following are several of the better birding areas travelling north to south. The south end of the Philadelphia International Airport can be viewed from the UPS employee lot.  Scanning the open areas of the airport can sometimes produce Northern Harrier, American Kestrel and if luck has it, a feeding flock of Snow Buntings. Stopping along the road that borders the airport property is prohibited but a slow drive with the windows down will help you pick up sparrows and other songbirds.  A brief look towards Tinicum Island, especially at low tide, might produce a few Wild Turkeys foraging on the beach and Bonaparte’s Gull is always a possibility. Police frequently patrol this road and while some officers might be a little liberal in their interpretation of the no-stopping rule, I have found the majority will ask you to move on.
Governor Printz Park near the intersection of Wannamaker Ave. and 2nd Street in Essington is a good place to scan the river and the south end of Tinicum Island.

Moving further south to Chester, one of the best river access points is Fisherman’s Park and the adjacent bike trail at PPL Park (soccer stadium) at the end of Flower St.
From here, you can view a wide portion of the river both north and south. Gulls abound, mostly Ring-billed, but there is always a scattering of Herring and Great Black-backed.  Lesser Black-backed has also been seen here.


For the CBC there are three target species here, Tundra Swan, Great Cormorant and Peregrine Falcon.  The swans are usually loafing on the New Jersey shoreline and to count them well a scope is needed. There are usually several Double-crested Cormorants moving along the river and they should all be examined for Great Cormorant that winters here in small numbers.

Peregrines frequent the Commodore Barry Bridge and occasionally will make a foray for one of the several pigeons that call many of the nearby abandoned buildings home.  Walking along the bike path here can produce songbirds (mostly sparrows and goldfinches) but the area looks like it has the potential to hold a western stray or lingering catbird or thrasher.


Veteran’s or Municipal Park (both names are used) at the base of Market St. in Marcus Hook is another area to search the river for goodies. The park also contains a small section of pine trees where we once found a Pine Warbler and this year two Red-breasted Nuthatches. 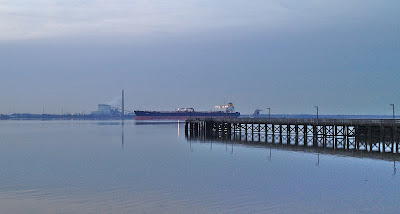 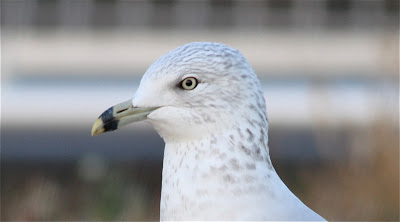 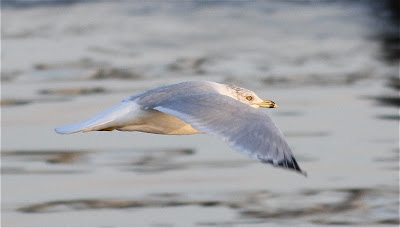 The key to finding high-quality birds along the river is patience. A birder has to spend several hours standing, scoping and scanning to be rewarded with an exclusive gull or waterfowl species.  This can quickly get wearisome in harsh weather or after you have sucked up your yearly quota of refinery emissions.


Area #3 also contains the small Henry Johnson Park, which is comprised of deciduous trees, a creek and large areas of edge habitat and a power-line cut . Since there is very little similar habitat nearby, this park can be very birdy at times.  It is a good place to pick-up songbirds and there is usually at least one Sharp-shinned or Cooper’s Hawk present. 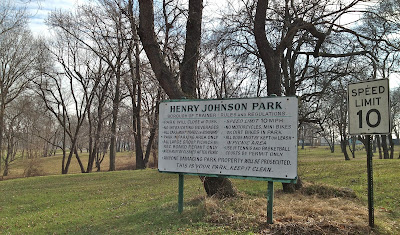 A few of the better birds we’ve had here include Common Redpoll, American Woodcock and Pine Warbler.  This park is a place I look forward to visiting on count day because I think it has potential to harbor anything - including a homeless person’s encampment that we happened upon one year. 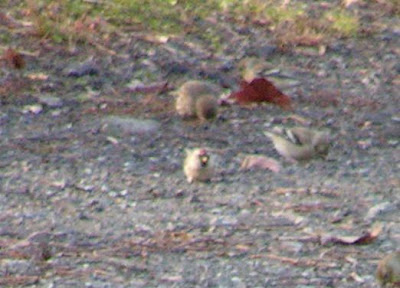 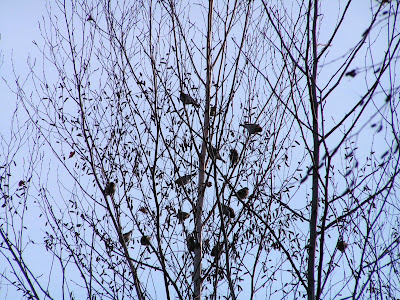 When one envisions Christmas Bird Counts the scene usually includes idyllic snow-covered fields teeming with birds or woods quiet with new fallen snow and trees holding cardinals, chickadees and maybe even two turtle doves and a partridge, but in Area #3, it is more fun finding a catbird sitting on a cemetery fence in the shadow of a refinery or coming across a Nashville Warbler feeding with a flock of Palm Warblers on the sunny side of a dilapidated building. There are always a few surprises !!

Posted by Nick Pulcinella at 9:59 PM