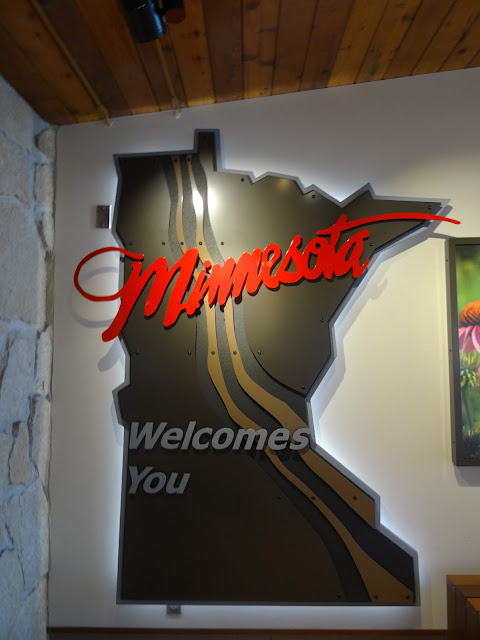 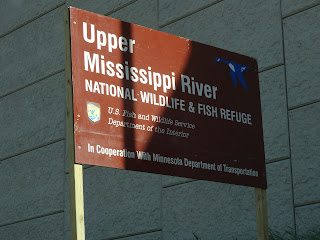 Here below the bridge we could see the hundreds of Cliff Swallows feeding along the river and spot their nests clinging to the supports and underside of the bridge.
At this point, the Mississippi River is blocked by a hydroelectric supply dam. So, in order for ships to navigate the river they have built locks to raise and lower the water levels for the ships to travel the river.


This was about as far as we got on our second day of travel after stopping for the Whooping Cranes (see Part 1) at Necedah NWR and crossing into Minnesota. We stayed at the Baymont Inn and enjoyed dinner at Al's Oasis.
The following morning we started out being tourist by stopping in the town of Blue Earth and visiting the Jolly Green Giant.


From here we traveled west and headed for Blue Mounds State Park. But before we arrived there Sharon noticed a little chapel along the roadside. So she had to stretched her legs and go visit. While she we perusing the chapel, I could hear Western Meadowlarks and Dickcissels calling from the surrounding fields. 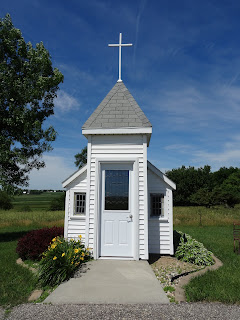 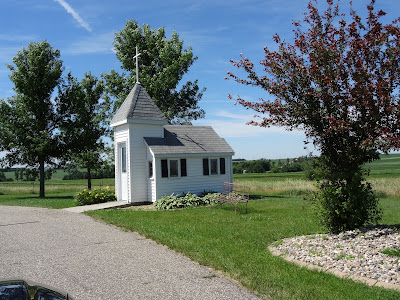 Blue Mounds State Park is full of surprises. It has quartzite cliffs, rising 100 feet from the high grass plains. A bison herd grazes on the prairie. Prickly pear cacti bloom in June and July. A sea of prairie grasses and flowers sway in the wind. The park is also a favorite for birdwatchers who want to see nesting blue grosbeaks and other birds. 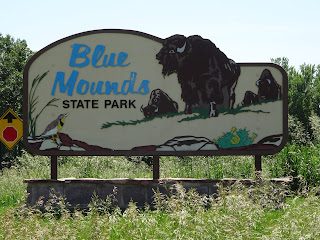 At this point we were only about halfway across Minnesota and were ahead of our scheduled arrival at Bryan's house on Saturday. We decided then to make a 50 mile round trip detour and visit Pipestone National Monument at the far western edge of Minnesota. Along the way I almost found my lifer Badger but alas it was not to be. 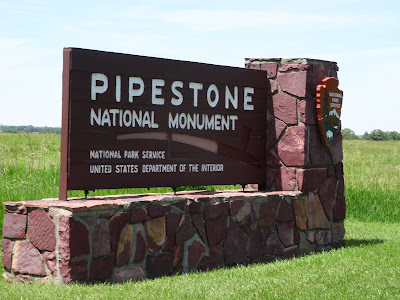 For countless generations, American Indians have quarried the red pipestone found at this site. These grounds are sacred to many people because the pipestone quarried here is carved into pipes used for prayer. Many believe that the pipe's smoke carries one's prayer to the Great Spirit. The traditions of quarrying and pipemaking continue here today. 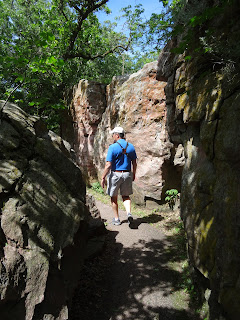 Next installment starts in South Dakota. 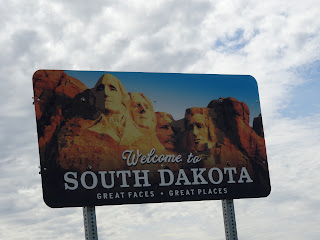