Our second day in Iceland started out on the chilly side with the temperature reading 38F. The Volcano Hotel was a former school and now has 7 rooms for guests. Breakfast at the hotel was European style with meats, cheeses and bread plus fresh cooked eggs.

After breakfast we headed out to visit the ice cave in Vatnajokulsthjodgardur National Park. Say that three times quickly. I can't even do it once.

There are tour companies that take groups to the cave be we opted for a guide, Vigfus, from Glacier Travel, who has his own company and just took the five of us. When you go with the large tour groups they all enter the cave at the same time and we hear that it is really crowded. On our tour there were only the five of us and maybe 15 other folks who were on glacier hikes. It was delightful.

The glacier where the ice cave is located is now covered in ash from the recent volcanic eruption about 2 months before we arrived. Also the glacier is about 1/2 mile further away from the parking area then it was just ten years ago due to the warming climate. They predict the cave will be gone in another 5 years.

Vigfus drove us in a jeep for 1/2 an hour over rugged terrain of lava rock and then we hiked about a 1/2 an hour to reach the entrance. Every year the ice cave tour changes depending on where the ice has retreated. They never know if there will be a safe location until right before the season starts. Traditional ice cave season in Iceland is November to March. The weather needs to be consistently cold enough for the ice caves to become stable enough to visit and explore properly. We were able to go mid October and Vigfus told us that the day we toured was the nicest day that they had this fall.

After exploring the ice cave we went to the Jokulsarlon Glacier Lagoon. This lagoon is where the icebergs congregate after breaking off of the glacier we just visited. It was an exquisite location with many icebergs of disparate shapes and sizes. It's also where the James Bond series were filmed: A View to a Kill (1985) and Die Another Day (2002). 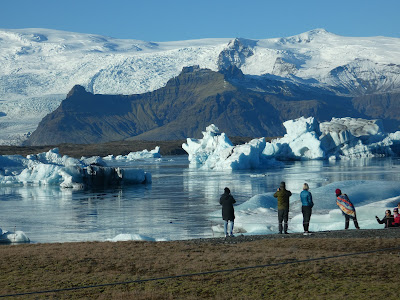 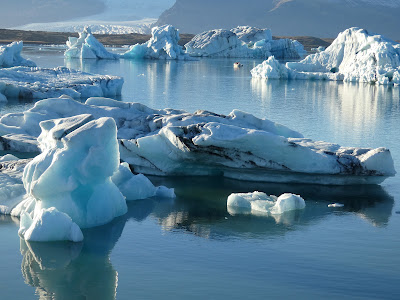 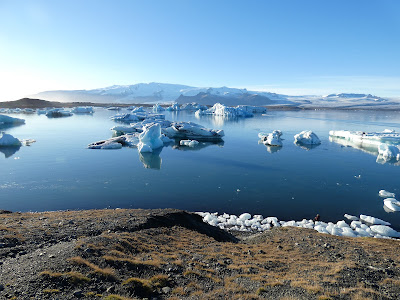 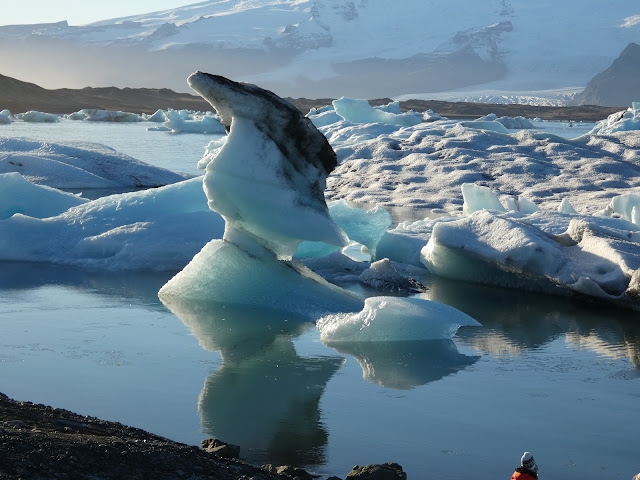 Not far from here Captain America was also filmed. From here it's just a ride across the street to what they call Diamond Beach. The icebergs float downstream and under a bridge and then out to sea. But many of the icebergs get tossed up on the beach from the wave action and get stranded and eventually melt. 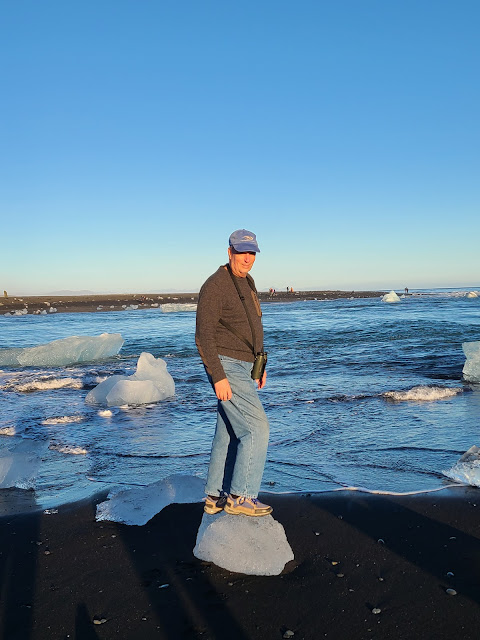 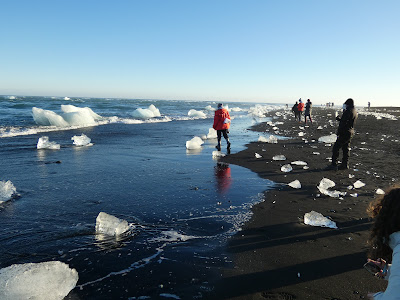 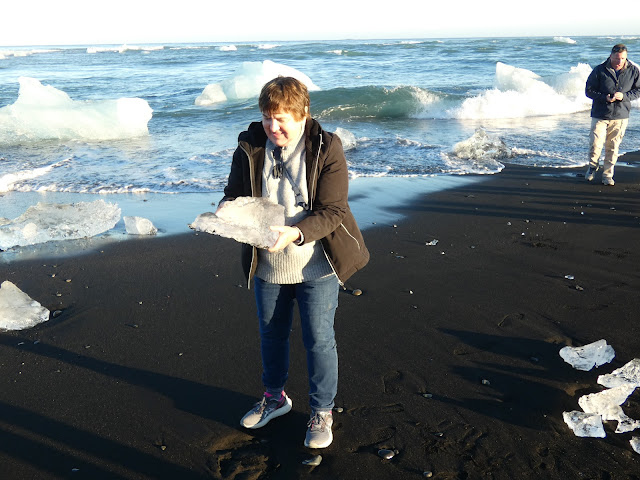 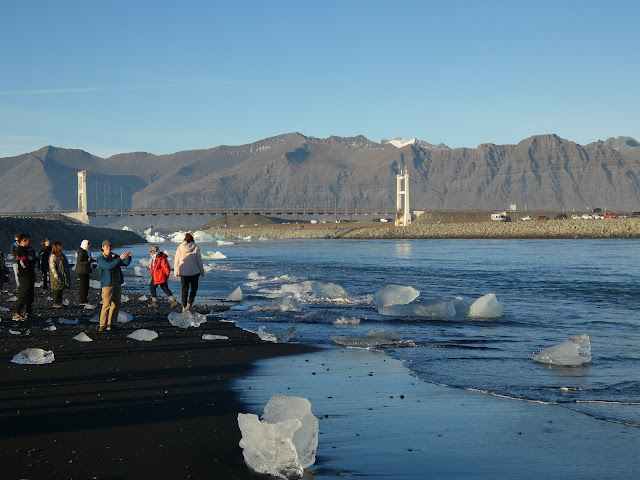 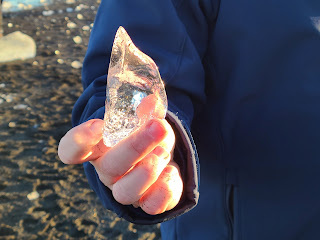 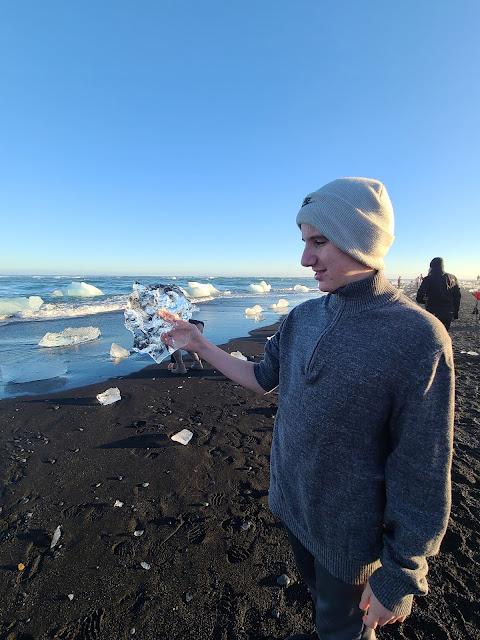 As the daylight only lasts from 8am until 5pm we were losing light quickly so we tried for one more stop at Svartifoss waterfall. We arrived a little before sunset and it was a 20 minute easy walk to the waterfall. Easy was definitely the wrong word. It was uphill all the way and Christine and I gave up about a third of the way up. So we didn't get to see the main attraction. But I was treated to something even more special. As we were looking for a parking spot when we first arrived, Chris yelled out "Look at those white birds. I think they're Ptarmigan". Sure enough there were three Ptarmigan in the brush along side the road. By the time I got my camera out there were about twelve Rock Ptarmigan. One of the five lifers that I was able to find in Iceland. 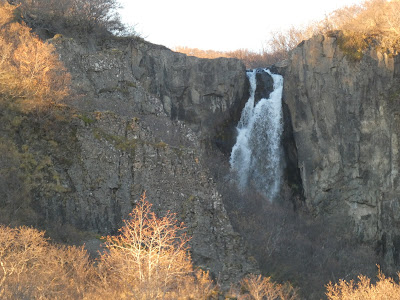 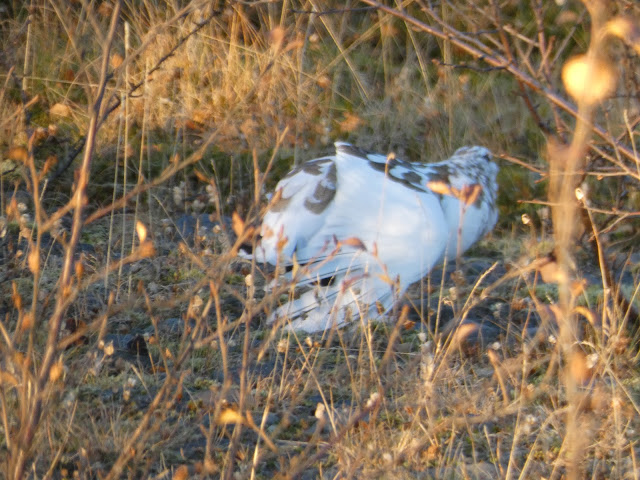 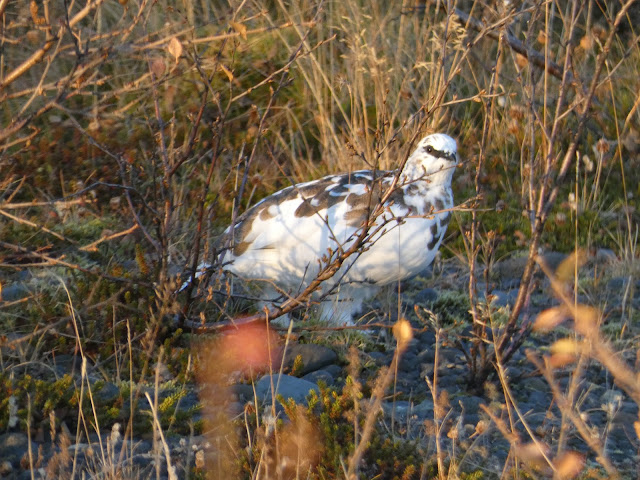 After this exciting find we headed to back to Vik. On our way, driving in the dark, we saw an Arctic Fox crossing the road. Unfortunately, no picture, but a lifer mammal for us all. For dinner at Smidian Bruggess we had burgers and then went back to the hotel. Even though the days are short we were tired. Just as we turned out the lights in our room Christine came knocking on the door and told us to look out the large picture windows in our room. There were the northern lights giving us a beautiful show before hitting the sack. 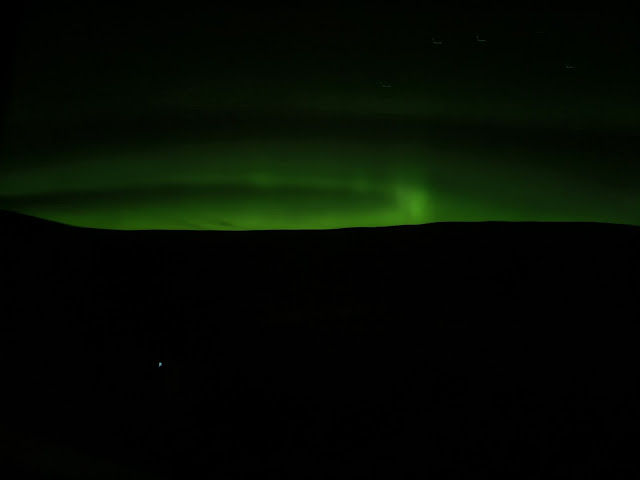 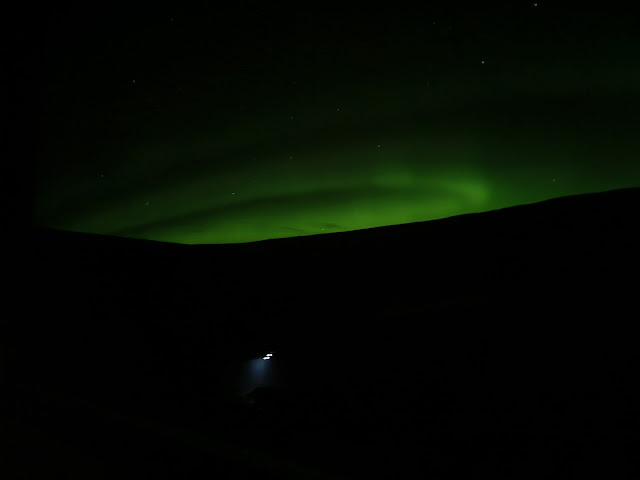 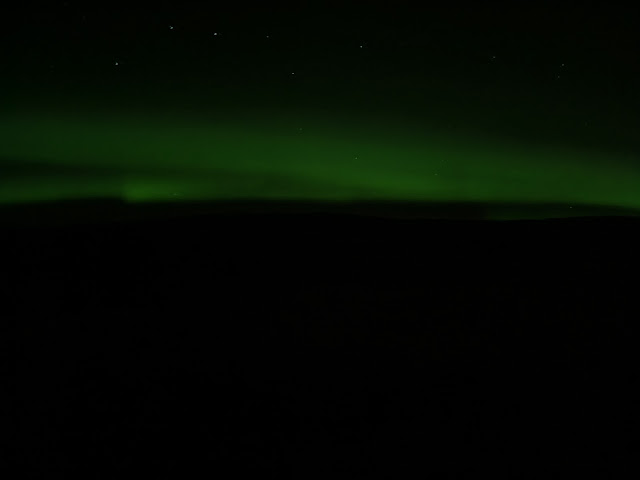