Our son Chris was planning a trip to Iceland and asked us if we wanted to tag along. Of course we said, "Sure thing". So, in trying to make flight arrangements from Phila, there were no direct flights, but instead we would have to go through Boston and sit in the airport for a 9 hour layover. That was not acceptable. Instead we flew to Denver, stayed at Chris' house for a few days and then took a nonstop flight to Kevflavik, Iceland.

The flight left Denver at 4:55pm but was delayed an hour for mechanical reasons. Once we took off, our flight took about seven hours and we arrived in Iceland at 6am. Of course, since Iceland is close to the arctic circle the sun didn't come up until a little after 8am. We arrived at the car rental agency and paid for the car but when we went to load everyone's luggage it didn't fit. So we had to get an upgrade to a Jeep Rubicon which cost a good sum more but at least we got the luggage in the vehicle. By the time we got settled and straightened out the problem with the car it was 8:30am so visibility wasn't a problem. We headed to Kokulist bakery for breakfast. Nothing like starting off the day with a healthy meal.

The plans were to spend 5 days just touring the southern edge of Iceland and around Reykjavik proper. Our tour included many lighthouses, several waterfalls, a tour of an ice cave, a volcanic crater with a lake inside, visiting Diamond Beach where icebergs come ashore, and going snorkeling in the national park, where the tectonic plates of North America and Europe meet. FYI the price of gas was 3710 Icelandic Kronas per liter which works out to approximately $9.00 per gallon. Everyone in the US should stop complaining.

I won't go into details about the trip but I have decided to give you a photographic tour of our first day in Iceland. 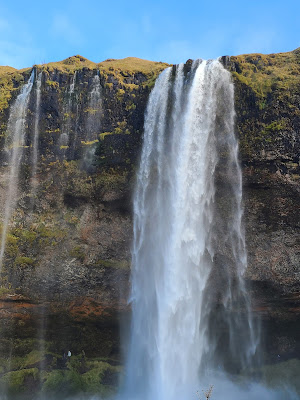 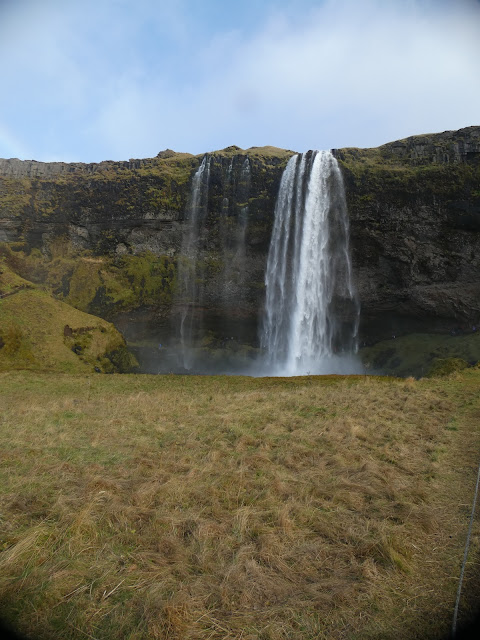 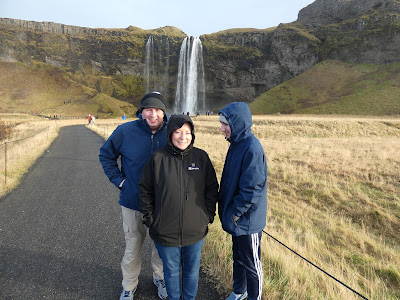 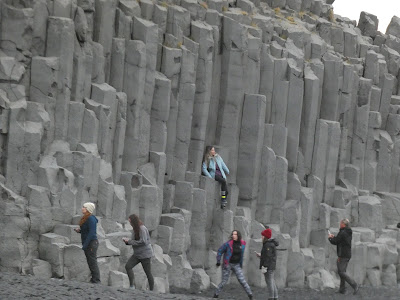 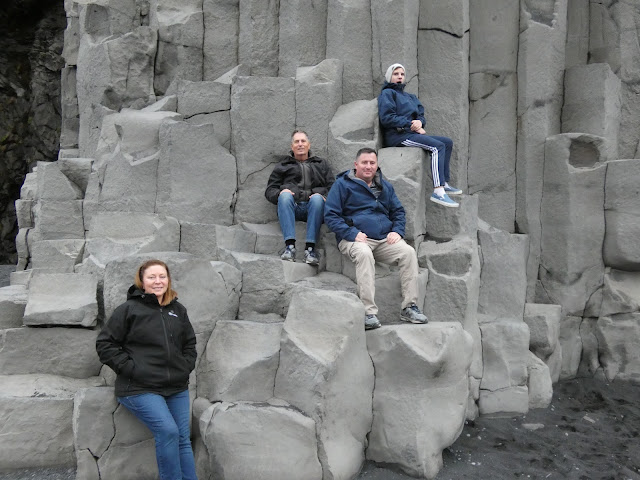 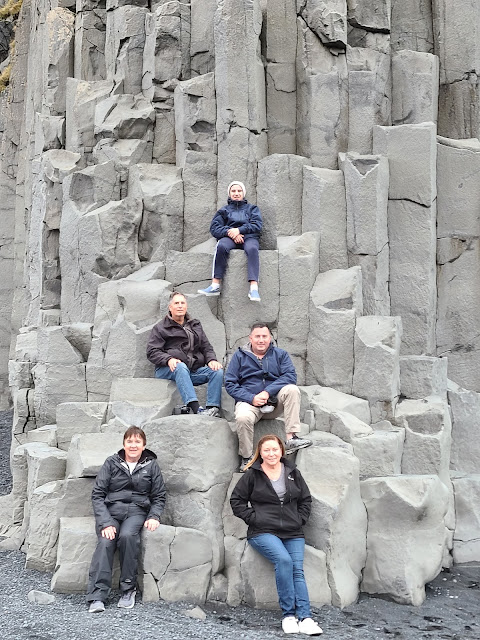 As the sunlight disappeared we head back to our hotel in the town of Vik. We would spend two nights here in hopes of seeing the northern lights. On the way back to Vik we stopped for dinner at Strandin's Pub where I had Lamb Chops and Sharon and Christine tried the Icelandic Beef Stew which neither of them enjoyed. It was mashed potatoes with beef gravy and raw shredded carrots. Very different than they expected.