Our third day in Iceland commenced at the Skogafoss waterfalls. I'm probably being redundant with adding the word waterfalls since in Icelandic the "foss" on the end of the word means falls. Anyway, Skogafoss is one of Iceland's biggest and most beautiful waterfalls with an astounding width of 82 feet and a drop of 197 feet. Due to the amount of spray the cascade produces, at least one rainbow is present any time the sun emerges from behind the clouds.

Journeying onward, we initiated our traveling inland and venturing to a higher elevation by climbing the mountains formed by volcanoes. We visited the Kerid Crater, which has a lake inside similar to Crater Lake in Oregon. The volcanic crater is approximately 3000 year old and you are encouraged to walk around the rim.

A little ways farther up the hillside was the Strokkur Geysir (Geyser in English). It would regularly erupt approximately every five to ten minutes.

Outside of the geothermal area we would see many flocks of Graylag Geese and another life bird for me, the Whooper Swans. If you miss either one of these birds you must have your eyes shut.

We rambled on to our next stop at Gullfoss. To me this was the ultimate waterfall resembling Niagara Falls. Gullfoss is one of the most popular tourist attractions in Iceland and part of the Golden Circle tour. I would consider the falls one of the most beautiful in Iceland. The water cascades down in two stages for a total drop of 105' and then enters a long crevass. 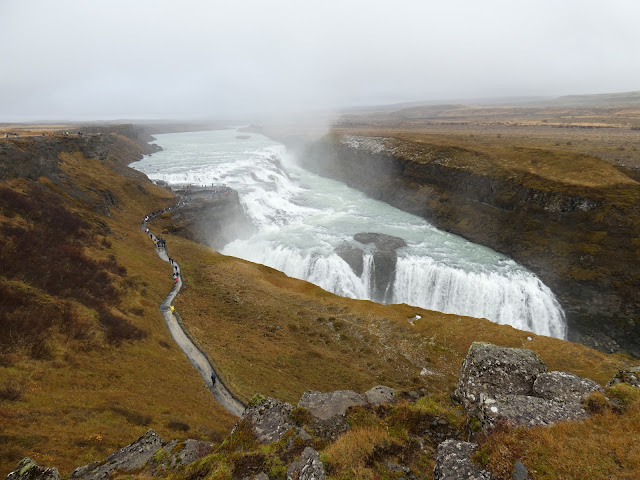 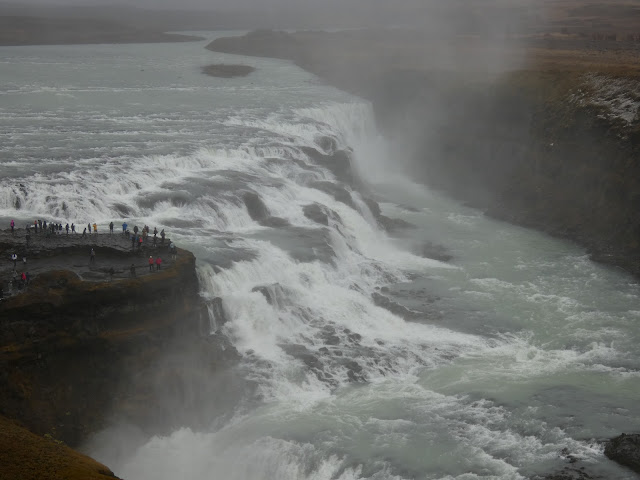 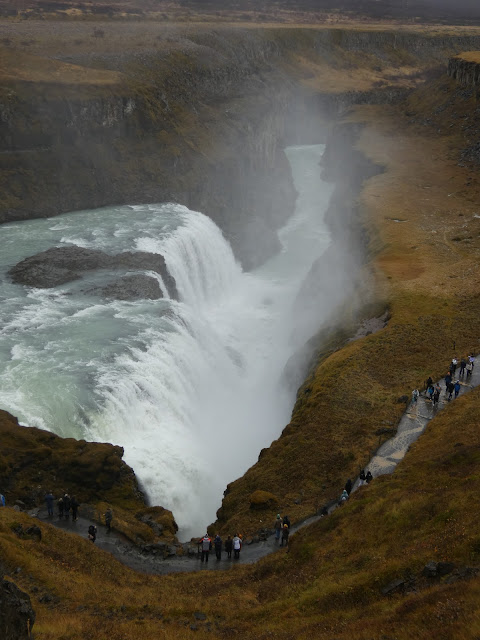 Neighboring the Gullfoss was Thingvellir National Park. Thingvellir (or, in Icelandic, Þingvellir) is the only place in the world where you can stand between two continents, North America and Europe. You can see the deep fissures in the land that actually separate the continents. And of course there are waterfalls. 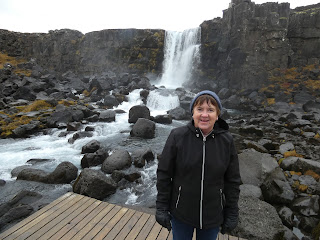 Although birds weren't very plentiful in Iceland, I only had 32 species, the Redwing was quite common. Large flocks were throughout this area because of all the berries on the trees. Although this might seem like a life bird it wasn't. I was fortunate enough to see the one that was found at Peace Valley Nature Center years ago. I believe that one was the first or second one found in the United States.


Mixed in with the Redwing flock were Common Redpolls

After leaving the national park we headed to Hafnarfjordur, near Reykjavik, and our stay at the Viking Hotel. We also enjoyed dinner at Fjorukrain, with a strolling Icelandic folk singer.