A Few June Days in Cape May

Mrs. BadBirder (aka Kellie) and I recently spent a pleasant few days in Cape May. The birding was pretty good for June. Here’s how it went:

Friday morning (6/16) we started out at the Beanery (Rea’s Farm). We read that a Prothonotary Warbler had been heard at that location, and we hoped to find it. Last summer we caught a fleeting glimpse of the Prothonotary in the swampy area by the old railroad tracks, so we thought we’d try there. As we approached the area, sure enough we heard the bird. We weed-whacked our way back into the swamp, and we caught a quick sight of the bird as it flit from one tree, to a second, to…gone! No pics.

We continued to wander around until we came to the wooded cut-through from the field adjoining the winery to the first field by the parking area. Again, we heard the Prothonotary, but this time we were rewarded with some nice views and managed to get some pics. Not a lifer, but always great!

We also flushed some young turkeys, which was fun…


…and we got a view of a Black Vulture whose name must be “Napoleon” (or something like that). We found 33 species in all.

We spent the rest of the day reclining on the beach (even when a thick fog rolled in).

Saturday morning we were back at it, this time at Cape May Point State Park. We had heard there was a Northern Bobwhite that had been hanging around, and we hoped to see it. We once caught a glimpse of one at Bombay Hook, but we mainly resigned ourselves to only hearing them. Getting a good view of a bird that loves the underbrush seemed unlikely. We pulled into the lighthouse parking lot, got out of the car…and it sounded like the bobwhite was broadcasting over a loudspeaker! Turns out the bird was perched in a cedar at eye-level right next to the hawkwatch platform, singing his head off. We took a lot of photos, most any one of which would have been a keeper.

The bird finally hopped off the tree, walked across the sidewalk, out into the parking lot, then took off towards the beach. It was so fun I almost could have quit for the day right then — but we were glad we didn’t.

We spent about three more hours on the yellow trail, seeing (among the total of 40 species) some Tom turkeys, a Yellow-breasted Chat, and a Orchard Oriole building her nest (we also saw an adult male and one, maybe two, young males singing away).

[NOTE: If you haven’t see the eBird challenge for June, it’s all about using Breeding Codes in reports.]


Well, another good day birding. So we spent the afternoon doing a little shopping, etc., then settled into our place to enjoy Happy Hour. And just as we started working on a second glass of Prosecco, I opened up Facebook…only to find that a rare Forked-tailed Flycatcher was being seen ALL DAY at Cape May Point State Park! While we were there! WTF? (A couple of you might have gotten a profanity-laden email/text of frustration from me about this…I have a great skill at missing the “big ones,” and here we go again).

Well, not this time! We hopped into the car (trust me…I was fully sobered with determination) and raced back to the Point (just a short drive from our place). I expected to see absolutely nothing (as usual), but as we pulled into the parking lot I noticed a small group of birders (a couple of well-known ones among them) training their scopes on the scrub between the parking lot and the beach. We raced up to join them and got magnificent views of the Forked-tailed Flycatcher, both perched and flying. 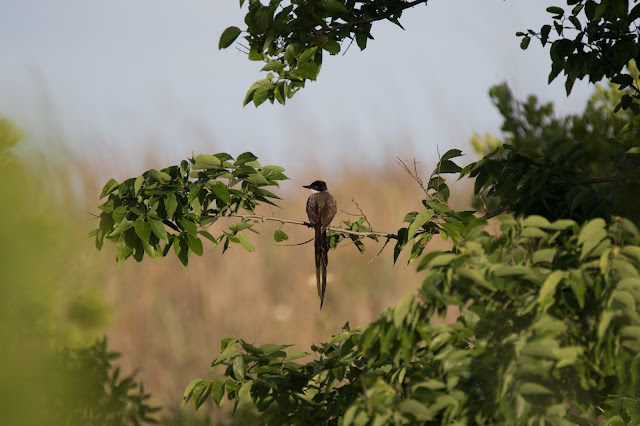 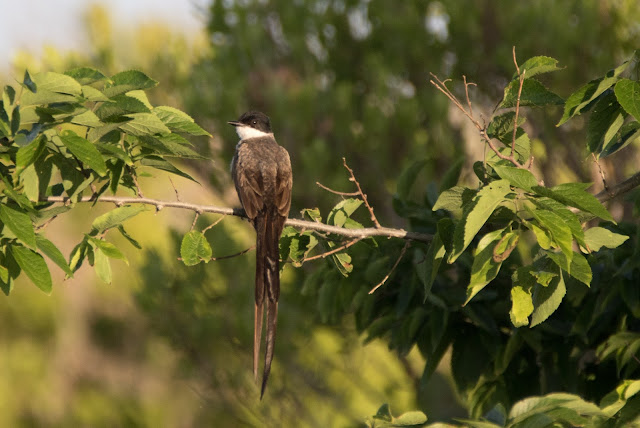 The show lasted for at least a half-an-hour, until it flew off towards the beach in the direction of the retreat house.

I followed the serious birders over towards the beach and glommed on to their views of shearwaters. I got a good view of the Great Shearwater (my second life bird in an hour), but couldn’t honestly figure out the Cory’s they were watching (so I missed out on that). As I gave up squinting through a scope at distant sea birds, the flycatcher made one more pass back across the parking lot. 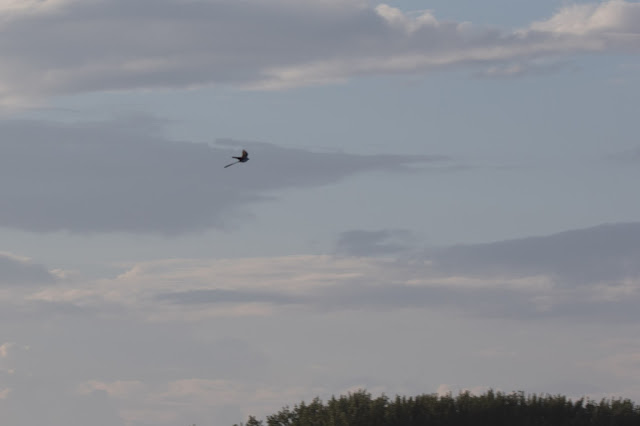 To finish off the night, our new friend the Bobwhite was sitting up on the hawkwatch, singing in the sunset.

Sunday, we birded the Meadows. We spent some time with the Least Terns, who were feeding, and also managed to get a couple of Sandwich Terns among the Forster’s Terns and Laughing Gulls on the far side of the eastern pond. We enjoyed the half-dozen or so American Oystercatchers as well. We also caught sight of an Osprey chick in the nest.

In all, 64 species without working too hard at it. I’m sure there was more to be had, but what we had was great.

We had to leave Monday morning for work, which always makes us a little crabby. 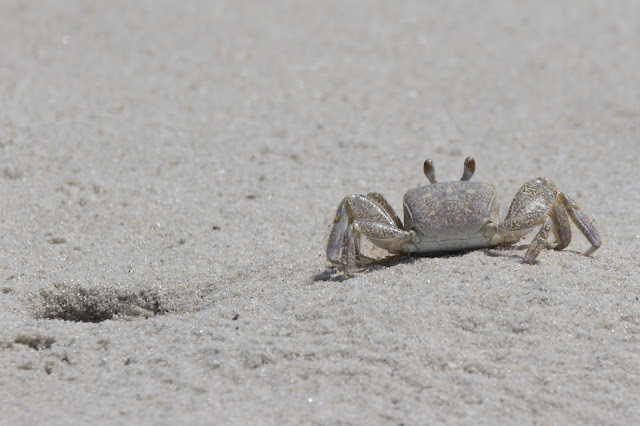