Saturday, and we are off to St Sebastian River Preserve State Park. After a relaxing morning and getting a later than normal start we reached the preserve. The rare Florida Scrub-Jay makes its home here, as does the Red-cockaded Woodpecker, Bachman’s Sparrows, Eastern indigo snakes, and gopher tortoises. And then there is the occasional rattlesnake and the ubiquitous frog.
But in reality, we came to watch the Manatees in the canal. After stopping in at the HQ we drove the four miles along the dirt road to the viewing area and without much difficulty we found three or four feeding manatees chomping down on the water plants that sustain the manatee.
In that same canal with the manatees were cormorants, Anhingas and both pelican species.

Later we walked in the Saw Palmettos and Pine forest and were treated to about a dozen Pine Warblers feeding alongside many Brown-headed Nuthatches. In this same area were the breeding grounds of a few Red-cockaded Woodpeckers but after talking to a few locals we found out that you had to walk in about four miles to find them and the mosquitoes were already getting annoying (think Zika virus). But we did manage to pull out one Bachman's Sparrow along with a Yellow-bellied Sapsucker and a gorgeous Yellow-throated Warbler.
By now it was time for lunch and we had passed a nice looking restaurant on the way in and decided to try it out. It was call the Marsh Landing Restaurant and the food was great. I was tempted to try the Alligator but played it safe instead and got the Frog legs. Just kidding! 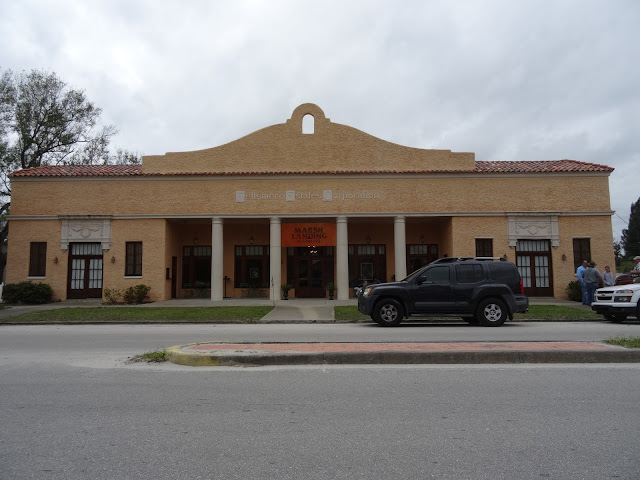 After lunch we made another quick stop at a different section of the park in search of the Florida Scrub-Jay but missed them again. So it was on to Merritt Island which was still some distance north. We decided to stopped in at our hotel first since it was south of the refuge and then go to the refuge later on around dusk. We stayed at the Country Inn and Suites at Port Canaveral and could see the cruise ships from our hotel along with the Kennedy Space Center.

After a brief stop we headed up to Merritt Island NWR. 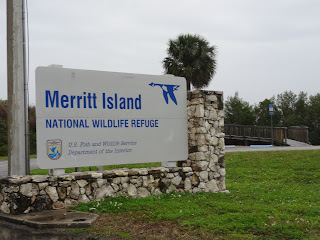 We chose to do the wildlife drive since it was getting dark and raining.  Up to this point we had only seen one flyby Roseate Spoonbill which Sharon spotted at Wakodahatchee as we were driving away. Well we got our fill of them at Merritt Island. 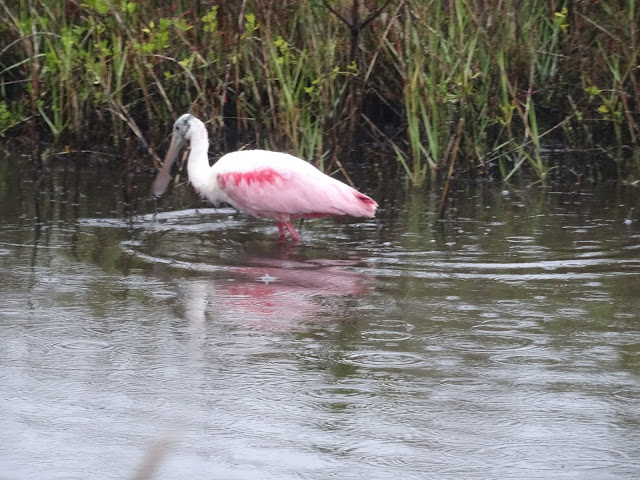 We made a quick pass through the wildlife drive as we had plans to come back in the morning and do it again along with other parts of the sanctuary. Many species were added tonight such as American Wigeon, Blue-winged Teal, Black Scoter, Great, Snowy and Reddish Egrets, Sora, Black-bellied Plovers, American Avocets, Ruddy Turnstones, and Short-billed Dowitchers.
So we were looking forward to dinner and ate at the Cracker Barrel in Port Canaveral. Tomorrow we will explore the other parts of Merritt Island NWR and Cape Canaveral National Seashore (both northern and southern sections) and Lake Woodruff NWR
Posted by Al Guarente at 5:50 PM