A first winter Black-headed Gull was first reported from John Heinz refuge on Christmas Day. The eBird alerts went out to late in the day for me to get to the refuge before sunset so I was there at first light on Monday Dec 26th. When I got the the boardwalk I was a little frustrated because there were only three Ring-billed Gulls flying around among the Common Mergansers, Northern Shovelers, Pintails, Hooded Mergansers and Buffleheads. So after a half hour or so the gulls started streaming into the area but still only Ring-bills and one Herring Gull showed themselves.
Damon Orsetti soon showed up and then came Frank Windfelter. Around 8am I finally spotted the Black-headed Gull circling around behind us and it was putting on a real exciting show giving us great looks at this European vagrant. This was a new Philadelphia County bird for me and apparently only the second record for the county.
Later that day I headed to the the Philadelphia Naval Yard and was able to find a Black Scoter sleeping among the mixed flock of Canvasbacks, Ruddy Ducks and Greater Scaup. This was my second new county bird of the day.

So I figured good luck was with me today so Sharon and I drove up to the Wissahickon Valley Park. We arrived just after dark and walked a little ways down the trail to get away from the road noise. We then played a tape of the Eastern Screech-Owl. Sure enough I soon saw one fly in over our heads and land on a bare branch and started calling. This was a bird that I should have had on my Philadelphia County list previously, but never made the attempt to find one. Now that I did it was my third new county bird today. What a great day! 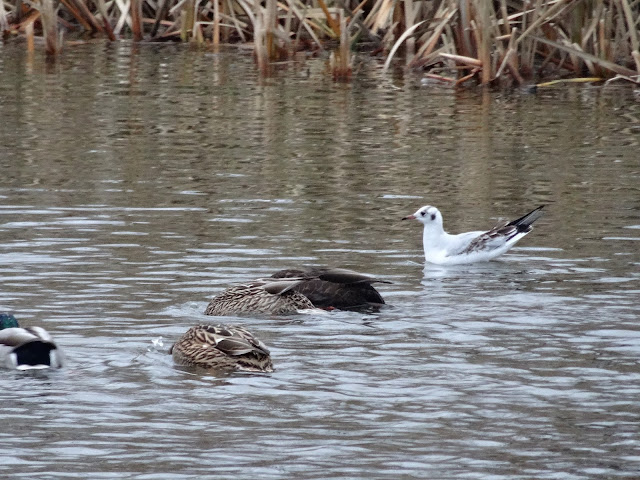