The previous night we enjoyed our dinner on the deck of the Sheraton Resort. We had reservations for five o'clock so we could get a front row seat overlooking the ocean. The restaurant was named "Rays on the Bay" and the name implies what we came to observe. After sunset, the Sheraton turns on spotlights and shines them on the cove right below our seats. The lights shining on the water attract plankton and the plankton, in turn, attracts Manta Rays.

The giant manta ray is the world’s largest ray with a wingspan of up to 29 feet. They are filter feeders and eat large quantities of zooplankton. Giant manta rays are slow-growing, migratory animals with small, highly fragmented populations that are sparsely distributed across the world. Well, we were lucky enough to be at one of those spots. As the sun fell to the horizon and the green flash was seen we were hopefully awaiting the arrival of these sea creatures. Luck would have it that we managed to see several rays feeding directly below us. It was quite the sight to see. 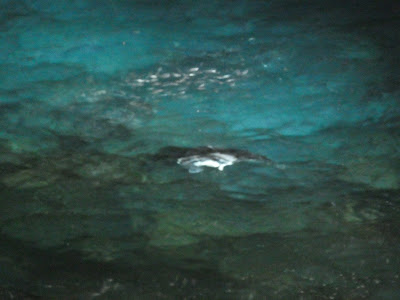 The next morning we went to Walmart and bought snorkeling equipment and headed to the beach.

All the beaches in Hawaii have free public access so we found a parking spot along the road and got into our gear. The waters were actually quite nice. I hate cold water, so for me to dive right in, you know the water had to be nice and warm. 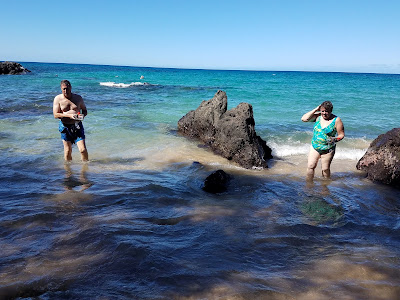 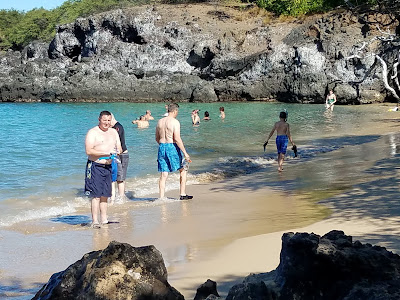 We went snorkeling at Hapuna Beach State Park. This was one of King Kamehameha's favorite spots to swim and surf.

Back at the hotel, the sport of the afternoon was paddle boarding. It took Chris a while to get his balance but Max got right on and started paddling around the pond like a pro..


After watching the Manta Rays last night at the Sheraton we decided to take a go on a night snorkel trip to view the Manta Rays ourselves. Chris made the arrangements for a boat to take the five of us out to a cove late in the afternoon and we would go snorkel with the rays.


So,  what this tour involves, is getting to the cove just before sunset. We then have to get into a wetsuit, which is a lot harder than it looks. I couldn't for the life of me get my arms on properly, but finally managed with some help from the crew. 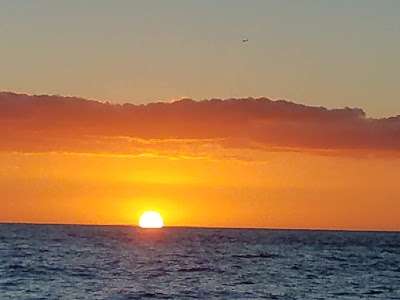 What happens next is,  the crew launches two flat rafts with blue lights attached to the bottom of the rafts. The rafts have handles on the sides for us to hold onto while in the water. Once you are in the water holding the raft, they give you a pool noodle to put under your feet to help you lay flat on the surface.

So just at dusk, we are ready to go and the lights go on. Now we just float on the surface with the snorkel and masks watching underwater for the action to start. Well, for the first half hour we just floated there watching nothing but fish feeding on the plankton. We thought we were going to get skunked. So the two crew members grabbed hold of the rope, detached it from the boat, and began swimming towards some other rafts that were there for the same purpose. Once all the rafts were in a compact area with more concentrated light, the action started. These Manta Ray photos were taken by our crew while on our dive. 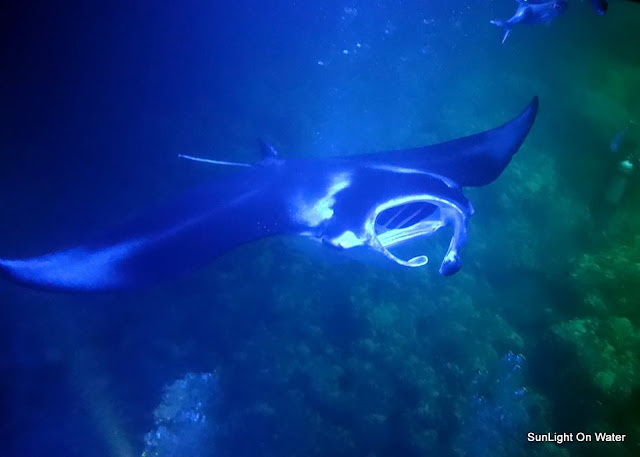 We stayed out another hour just hanging onto the raft watching Manta Rays swimming right under us. They would glide through the water along the bottom and then come up right towards us so that you could actually look right into their mouths and see their gills and throat. 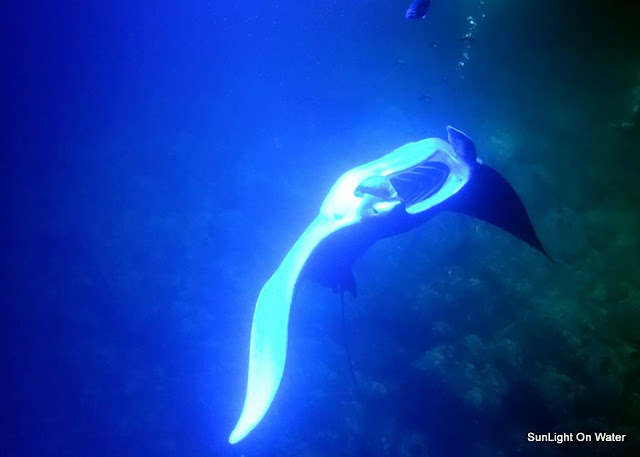 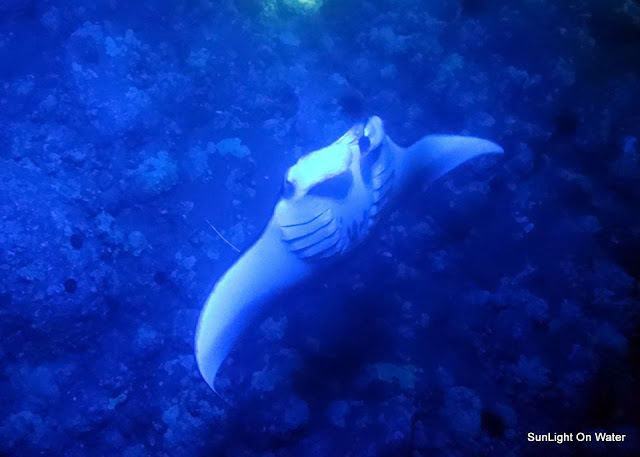 A couple of times they came so close you could feel the pressure of the water as they did somersaults just under you and the raft. It was mind-boggling. It was the most wonderful experience to see these rays up close and personal like this.


After this experience, it was hard to find anything more exciting.
Chris and Max went ziplining the next day but the old guy wasn't up to it this time around. I've done it many times in the past so I opted out this time.
We drove back to Hilo that day and went into a lava tube where I got the back of my leg chewed up by the lava rock. Too much action for this Pop Pop! 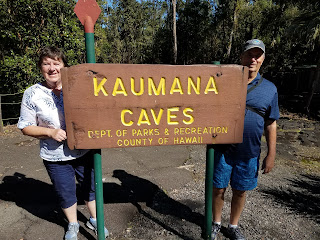 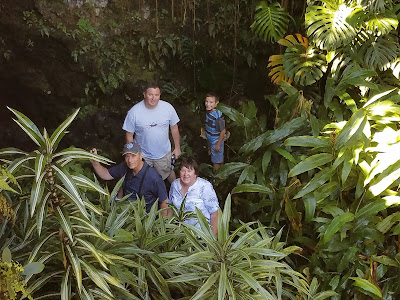 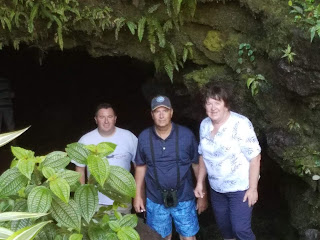 On our last night we had a wonderful dinner at The Ponds Restaurant. They gave Max koi food and he got to feed the koi right out the window.
Sharon reminded me that she had to talk me into going on this trip, I didn't want to go.
It was such a great adventure. I'm so glad I went! 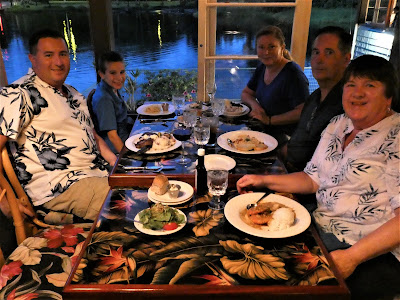 The trip ended the next day and we flew back to California on Thanksgiving Day. At Thanksgiving dinner that night I enjoyed a nice big pizza at the hotel. This was definitely a trip to remember. Thanks for tagging along with us.